The Skyline Boys were founded in 1995 by Dennis Powers, who began as their lead singer but moved to singing baritone and later bass. The group disbanded in late 2016. 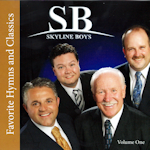 hi-res
???? Favorite Hymns & Classics (Crossroads Records) Amazing Grace; I Feel Like Traveling On; I Know A Man Who Can; The Lighthouse; Suppertime; Glory Road; I Can't Even Walk Without You Holding My Hand; I'd Rather Have Jesus; Common Man; Eastern Gate. (Jerry Skaggs, Toby Siler, Chris Little, Dennis Powers). 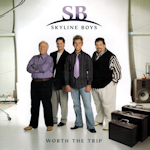 hi-res
2006 Worth The Trip (Journey Records) It's Worth The Trip; When I Walk Into Heaven; You've Never Been Alone; Stand Children Sing; Scars & Stripes Forever; Walkin On The Cross Road; It Will Be Heaven For Me; Broken Vessel; There's Water In The Well; Mountain Of Grace. (Three versions of this CD were released, the first with Matt Felts singing tenor and Paul Sanders singing baritone, the second replacing Felts with Jodi Hosterman, and the third and final release with Hosterman on tenor and Bob Nitz on baritone. The first version is rare, and the second even more so and extremely hard to find.) (Matt Felts/Jodi Hosterman, Rob Nykamp, Paul Sanders/Bob Nitz, Dennis Powers). 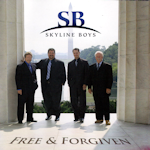 hi-res
2008 Free & Forgiven (Crossroads Records) Movin Out Of Here; Heaven Is Real; Oh What A Change; Look For Me; I Can;t Wait For Heaven; Mercy River; Glory To God In The Highest; Don't Drink The Water; Joy For The Journey; The Blood On My Hands; Bonus Cut: Oh What A Change (Reprise). (Jodi Hosterman, Rob Nykamp, Bob Nitz, Dennis Powers).
All articles are the property of SGHistory.com and should not be copied, stored or reproduced by any means without the express written permission of the editors of SGHistory.com.
Wikipedia contributors, this particularly includes you. Please do not copy our work and present it as your own.