By early 1955, hoping for greener pastures, they had relocated to Worthington, Ohio. After finding little success, they disbanded in August 1955, and Bill Gaither's first foray into the music industry ended. He went on to teach school before ultimately returning to music for his lifelong career.

Another Pathfinder Quartet made appearances regularly around Mount Vernon, Illinois during 1956, but it is not clear if there was any connection to the group that included Bill Gaither in 1954 and 1955.

Several decades later in 1993, Dearl Lemons and three men from his church adopted the Pathfinders name. Dawn McGuire was initially the group's pianist. She began singing when one of the original members left. The group ultimately became a trio, with Lemons and McGuire as consistent members and a number of vocalists filling the third slot over the years. Gary Russell has been the group's baritone since 2010. The Pathfinders are based in Gastonia, NC.

1996 Mercy In The Middle: Looking For Home; I'm Going Away; Mercy In The Middle; When I Finally Give In; Walked On The Water; Until I Say Goodbye; Refining Me Like Gold; The Word Says; Fire In My Bones; Nothing Can Take My Salvation Away. 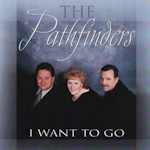 2000 I Want To Go Make Another Mile; Jesus Is Alive And Well; I Want To Go; At The End Of My Hope; At Jesus Feet; Lifeline, Worthy; I Get Excited; When I Lift Up My Head; Take A Moment And Live; Sweeter Each Day (Dearl Lemons, Dawn McGuire, Steve Griswold). 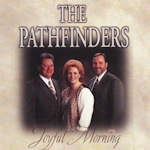 2002 Joyful Morning He's My Shelter; Walking In The Light; The Glory Goes To You; Where The Lord Guides; Victory's On It's Way Down; Take Up The Cross; Joyful Morning; When The Gates Swing Open; Mercy Cried; His Hand (Dearl Lemons, Dawn McGuire, Steve Griswold).

2004 Greatest Miracle On Our Way To Gloryland; Reunion Day; A Blessings On The Way; The Greatest Miracle; Behold I Come Quickly; Set Another Place At The Table; I'm On A Journey; Look What I've Traded For A Mansion; Carried By Grace; By Your Fruits; Heart Look; Too Good Too Long (Dearl Lemons, Dawn McGuire, Greg Gainer).

2007 Mercy Answered (TP-8108): You Are The Breath; Thank God; He Sees Me Through The Blood; I Don't Sail Alone; Calm The Raging Storm; On The Authority; This Is What Love Looks Like; I've Never Been Better; What The Sea Saw; Gabriel; It's Better; Jesus Stood Still; I Will Do It For You; Pour It On Down; What Do I Offer A King (Dearl Lemons, Dawn McGuire, Brian Dockins). 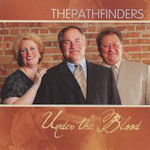 2012 Under The Blood: Other Side Of The Flood; Never Gave Up On Me; All About Love; Walking With Jesus; Jesus Came After Me; Let My Light Shine; This Valley You're In; Chance Of A Lifetime; One More Valley; Standing By The Bedside; Under The Blood. (Dearl Lemons, Dawn McGuire, Gary Russell). 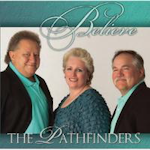 2014 Believe: Ain't Nothing Better; Willing And Waiting; Land Of Living?; At The End Of The Glory Road; Closer To Where I'm Going; Third Day; He Sent Me Running; I Believe; Free Indeed; I Believe He Died For Me; If It Wasn't For That Love; Let Me Tell You About Jesus. (Dearl Lemons, Dawn McGuire, Gary Russell). 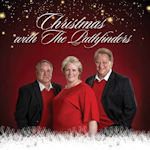 hi-res
2015 Christmas With The Pathfinders: Mary Was The First One To Carry The Gospel; There's A New Kid In Town; I Have Seen The Light; Heaven And Nature Singing; Sweet Little Jesus Boy; No Room; Beautiful Star Of Bethlehem; Come And See What's Happening In The Barn; New Star Shining; Sweet Baby Jesus; Something To Shout About; Mary Did You Know. (Dearl Lemons, Dawn McGuire, Gary Russell).

hi-res
2017 Back Then: There’s Been a Resurrection; The Little Things; We Shall See Heaven Someday; He Had The World On His Shoulders; On Bended Knees; Every Time He Drove A Nail; If We Never Meet Again; If It Wasn’t For The Valley; Hallelujah Morning; He Came To Me; Fight To The Finish; Back Then; He Will Roll Me Over The Tide (Dearl Lemons, Dawn McGuire, Gary Russell). 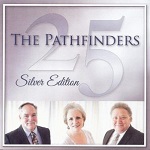 hi-res
2019 Silver Edition: Leave My Troubles Behind; Good To Go; Master Of The Sea; One Day At A Time; Just Another Day; To The Other Side; A Few More Miles; Welcome Home; It Took A Man Like That; Look Who’s In The Ship; God’s Got A Plan; It’s Waiting For Me; When He Reached Down His Hand (Dearl Lemons, Dawn McGuire, Gary Russell).